Members of the Union „Fighters and Friends of the Spanish Republic 1936-1939“ registered association (KFSR) gathered at Saturday ( 1st of October ) in front of the Monument for Spanish Fighters in the Berlin Volkspark Friedrichshain in order to commemorate together with domestic and foreign guests as well as representatives of friendly organizations the formation of the International Brigades for defending the Spanish Republic.

The Chairwoman of the KFSR Kerstin Hommel remembered at the appeal, which was launched to mobilize for action according to the ideals of the Interbrigadists from the same place on year ago. She emphasized „ the ever growing number of events commemorating the volunteers of freedom for the defense of the Spanish Republic not only in many regions of Germany but also in other European countries as Great Britain, Poland and the Netherlands. The members of the union consider it as their obligation to contribute to the culture of commemoration at the anti-fascist and solidarity struggle at present times.

Among the more than 3.500 volunteers who fought side by side with the Spanish people after the 18th of July 1936 was Otto Schliwinski. It was his daughter who took subsequently the floor and explained the motives of the fighters from 53 countries. She regards as main lesson from the history the necessity of unitary actions for peace and freedom. She demanded „that the official Germany has to apologize to the Spanish people due to the active support rendered by the fascist German state for Franco“.

As for the Extraordinary and Plenipotentiary Ambassador of Spain Juan Pablo Garcia-Berdoy Cerezo the historical events in connection with the Spanish war are still of importance. He pointed at the suffering inflicted on the Spanish people and the matter of fact that Spain became the European scene of the struggle between freedom und totalitarianism. To remember the unselfish effort by the fighters be an act of justice. Today we are in need for gestures for understanding „ in order to bridge trenches and to heal scars“.

Gesine Lötzsch, member of the parliamentary group Die Linke took as opportunity the acting in solidarity of the international voluntary fighters 80 years ago to demand „ not to permit at present to play off human beings against each other“. In June this year within the initiative group „Civil courage“ supported by the MP young antifascist among them Julian Wendt from the city of Nauen travelled in the footsteps of the Interbrigadists to Catalonia. His impressive rapp-song on experiences and findings from this journey bridged past and present. This was expressed by his verse line: „ What they fought for at that time we strive for today“. 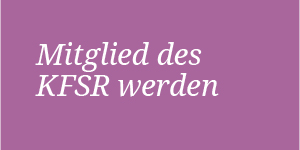 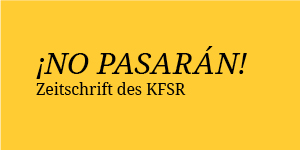